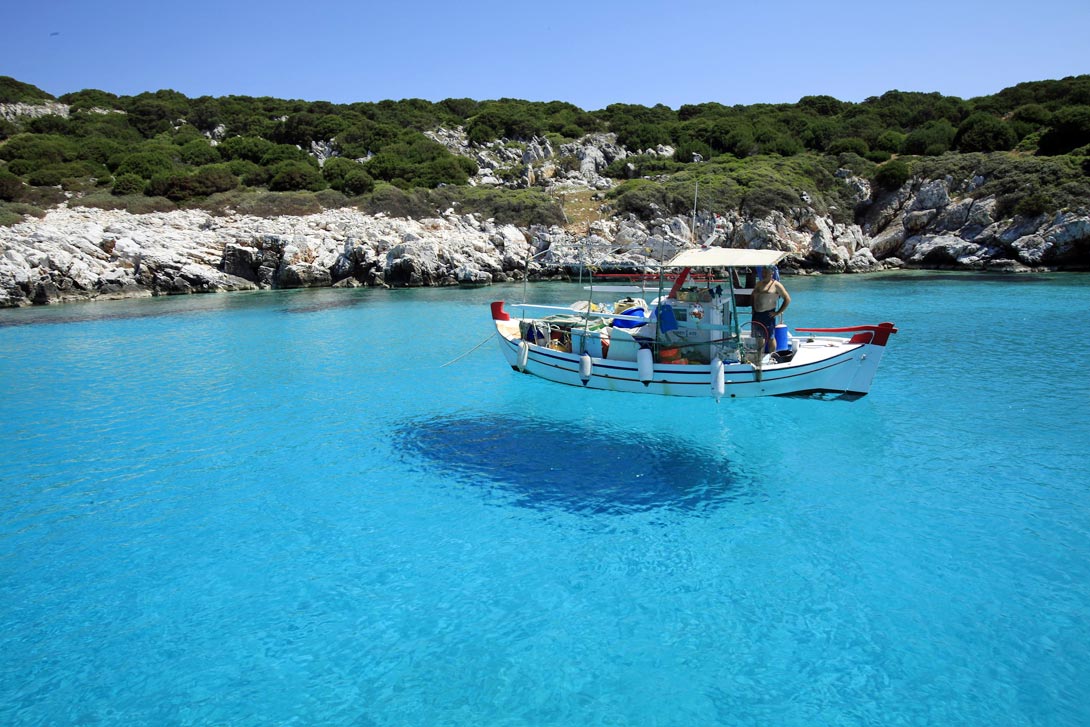 How an Aegean Island can brave the recent developments of mass and overtourism. Skyros refined it’s ecotourism offerings and developed sustainable tourism that is biodiversity-friendly, linked to the local products, engaged in protecting and conserving natural wealth and respectful towards it’s local people.
by Anne Franze-Jordanov

The Greek island Skyros attracts tourists who are looking for unspoiled nature experiences and experiencing the traditional way of life, far away from mass tourism. What makes Skyros such a popular niche tourism destination are not only their friendly, hospitable people, the regional tasteful cuisine and the unique architecture of stone-built homes, but also its natural heritage. 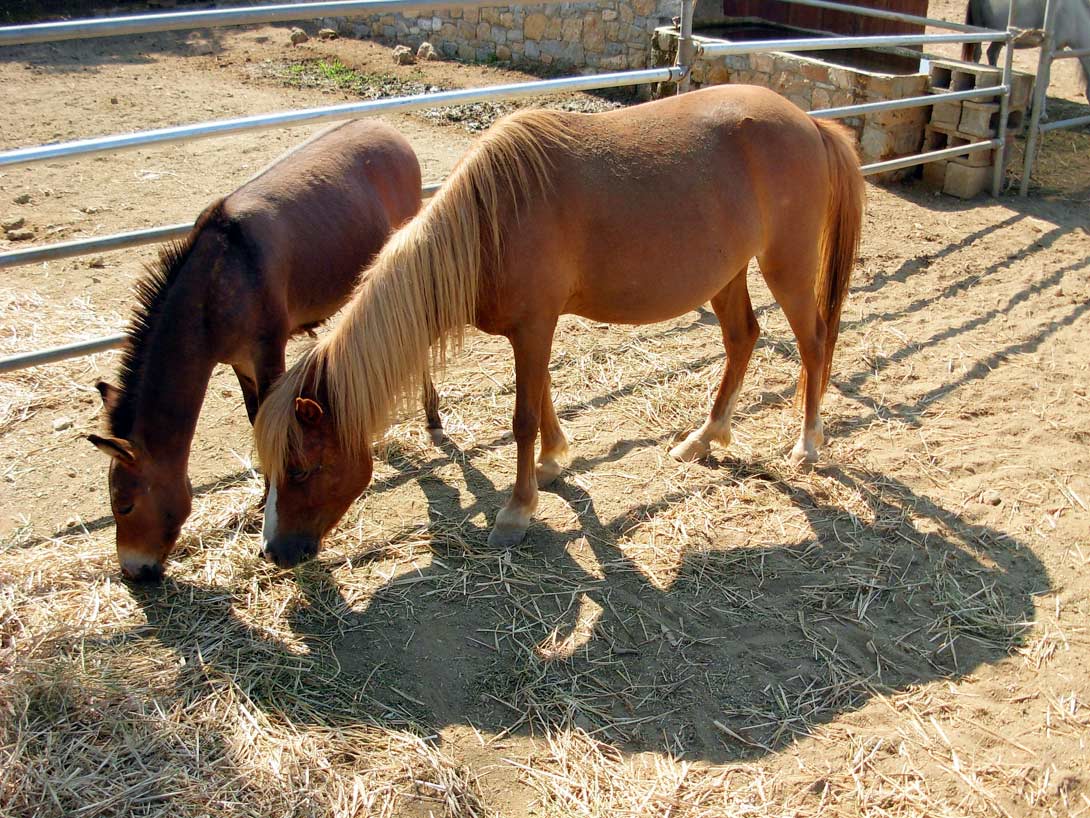 Skyros has been two separate islands once with two very different landscapes. Mountainous, arid and rocky landscape dominates the south and reminds one of the Cycladic islands. The greener, more fertile wooded north has similar landscape characteristics as the Sporadic group of islands. Native animals such as the Skyrian horse, endangered bird species, water turtles as well as a rich marine wealth attract not only nature enthusiast.

The island has a variety of natural areas of special ecological importance placed under national and international protection. In fact, it’s natural environment and biodiversity are some of the best preserved in the region. Those areas are part of the Network NATURA 2000, sites of exceptional natural beauty, and have wildlife shelters with many areas designated as important bird (IBAs) and CORINE areas. 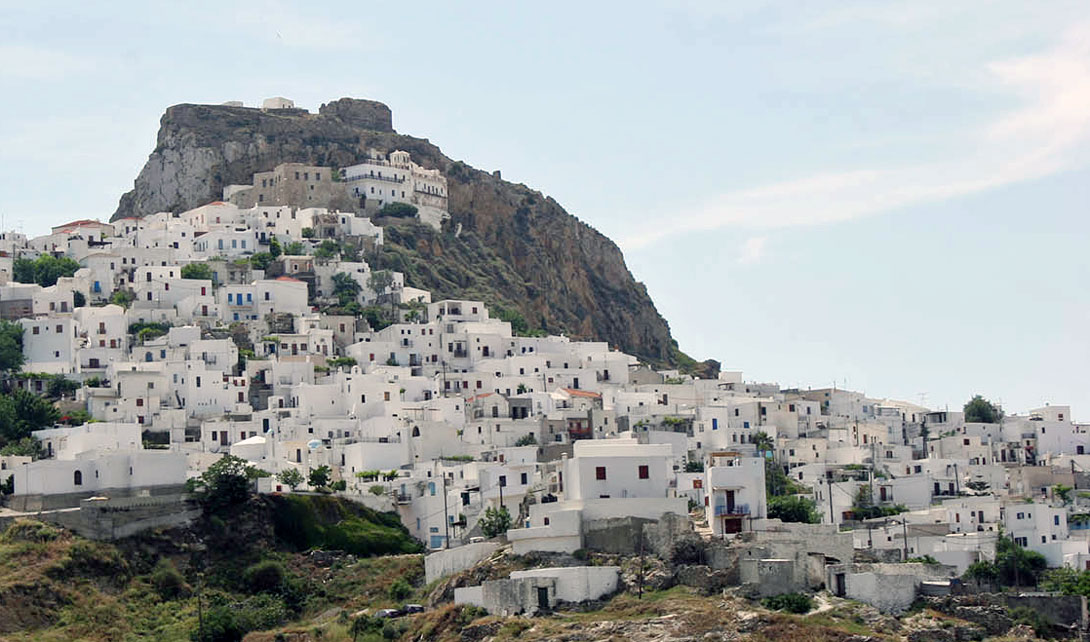 In order to protect and benefit the island’s biodiversity, the municipality of Skyros has planned a growth strategy for the island with sustainable tourism development as first priority. Win-win benefits can be gained from positive nature conservation actions that help support the island’s economy as an eco-tourism destination.

Biodiversity and tourism – how ecotourism has been developed in Skyros

The municipality of Skyros consulted the Hellenic Ornithological Society and the ELLINIKI ETAIRIA Society for the Environment and Cultural Heritage for the implementation of a project called the Skyros Life Program with the title Demonstration of the Biodiversity Action Planning approach, to benefit local biodiversity on an Aegean island, Skyros Actions of the programme included the development of ecotourism on Skyros. The Project showed that productive activities, such as agriculture and tourism, were compatible with biodiversity conservation. As a result of the project, ecotourism, particularly birdwatching, was enhanced by the establishment of 45 km of nature and culture trails and other visitor infrastructure, the production of maps, guides and booklets. An ecotourism guide introduces the natural and cultural sites of Skyros, the local art and traditional activities all year round. It includes a birdwatching guide with the best birdwatching spots of the island, highlights species and provides a detailed checklist. Maps are also included, useful information and more than 150 photos. One section seduces visitors with recipes of traditional dishes. Further education activities included a documentary film, leaflets and noticeboards. 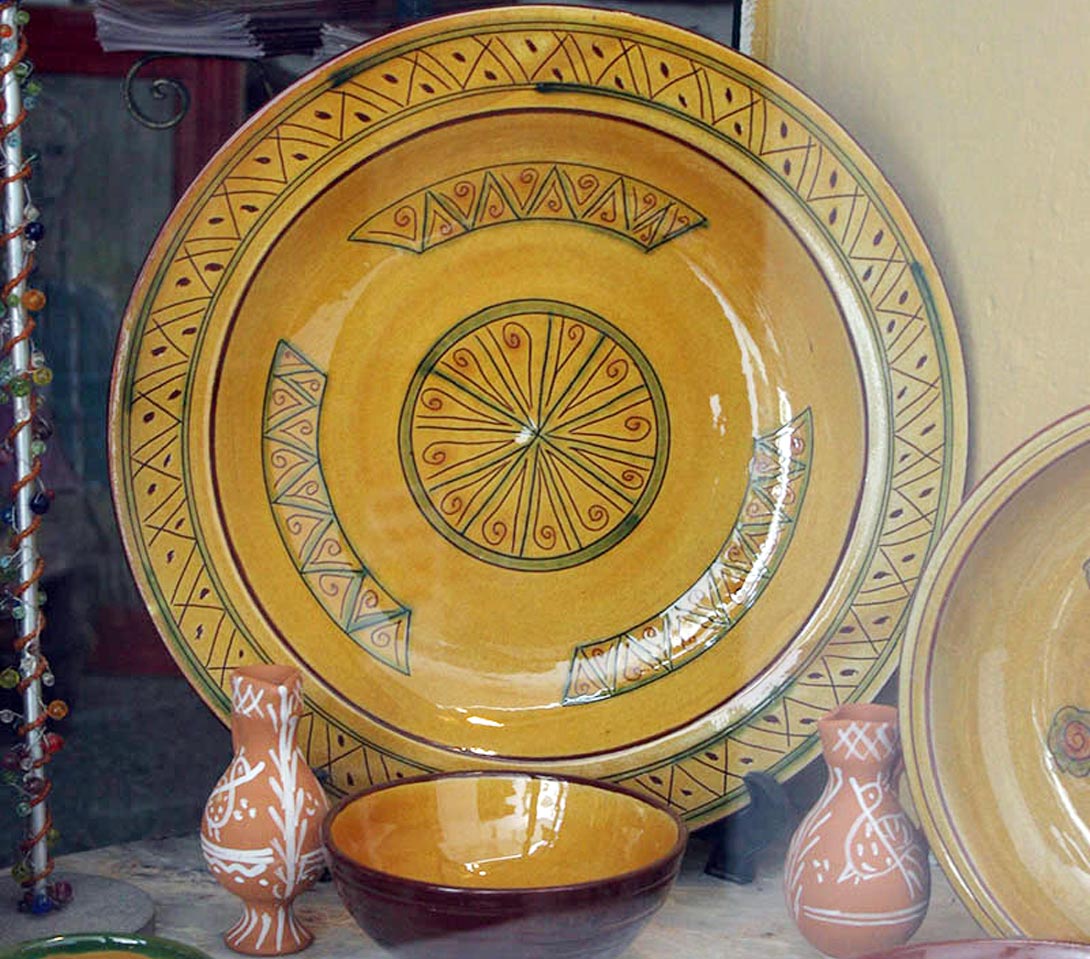 The project’s actions helped to extend tourism activities throughout the year, to the benefit of the island’s economy. The unique folk art of Skyros was used to highlight local biodiversity through workshops and exhibitions, with traditional motifs on handicrafts such as ceramics, embroidery, woodcarving and paintings for sale to visitors. Various of these local art products are exhibited in an information centre on the nature of the island. Local farmers benefit from local plant varieties and the promotion of products such as honey.

For the success of the project, the local community has been consulted, with participation of over 30 scientists, 15 local volunteers, NGOs, local businesses and local authorities. This ensured that the Biodiversity Action Plan was well understood and agreed upon, to ensure long-term support for its actions. 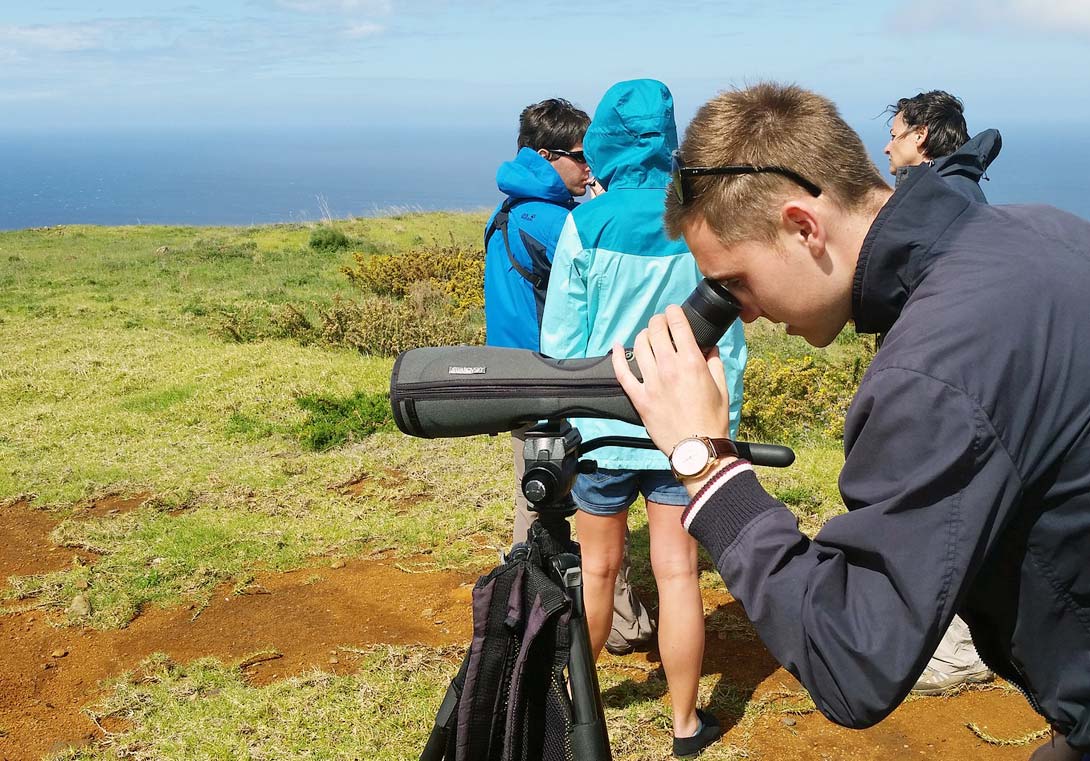 Significant numbers of individual birdwatchers have started visiting the island since 2014. Consequently, Skyros was regarded as the second best destination for birdwatching in Greece after Lesvos. The island was promoted as an ecotourism destination to national and foreign ecotourism oriented travel agencies and tourists. During the course of the project, 3 local tourism agencies have been trained on the provision of ecotourism activities and guided tours for 350 persons have been organised. 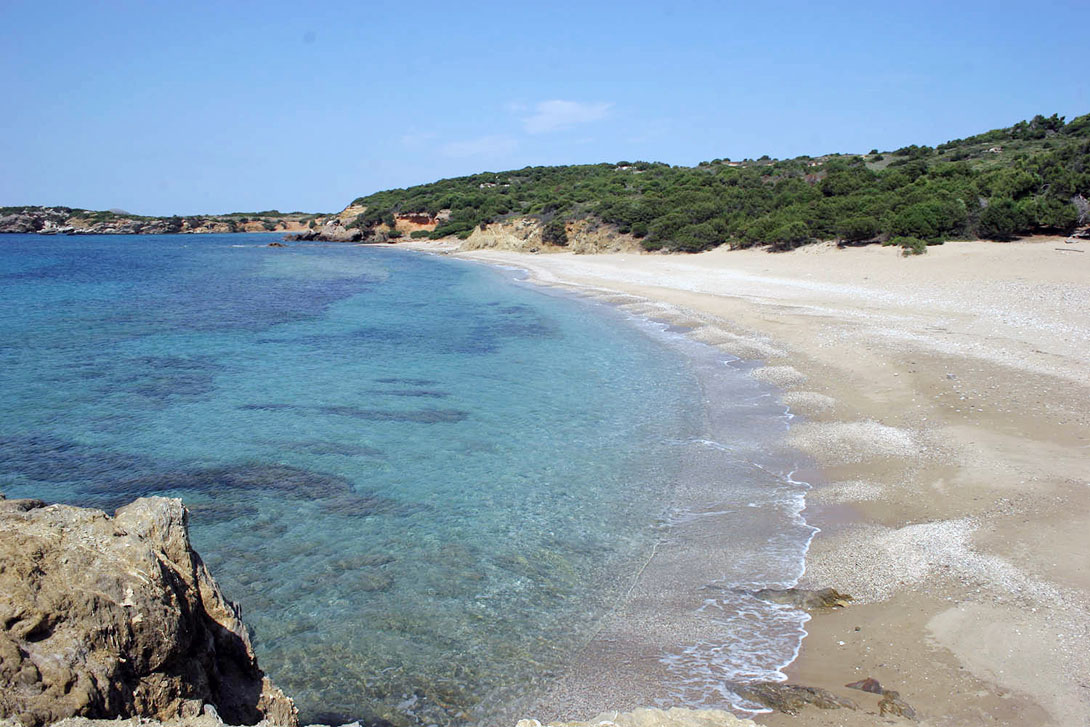 The reorientation of the mass tourism model towards a more sustainable one has succeeded in creating significant income for the local community. Between 2013 and 2016, more than 15 000 visitors have come to the area of Kochylas (part of the Natura 2000 area) and around 3 000 have walked through the trail network. The annual revenues from nature-related tourism have clearly exceeded the initial costs of the project in 2016 already. Other nature related tourism activities that are offered to tourists are hiking, sailing, windsurfing, diving, bird watching, food tasting, mountain biking, horse riding, agrotourism.

Due to its progressive sustainable tourism activities, Skyros has received several awards in the last few years such as being among the TOP 100 Sustainable Tourism Destinations 2017.